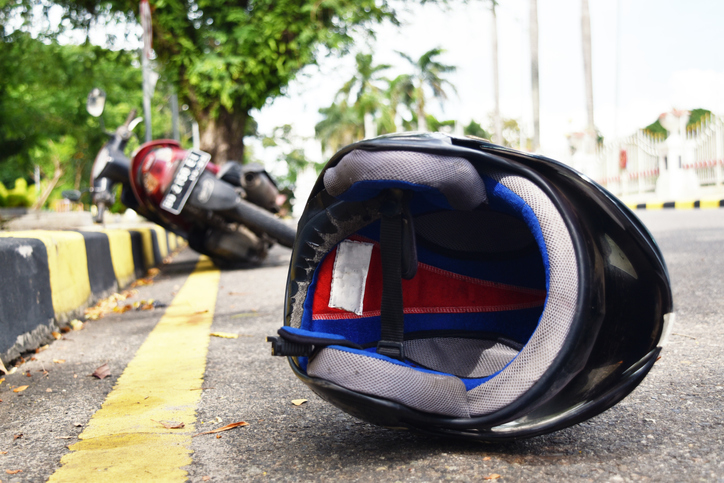 Choosing not to wear a helmet while riding your motorcycle carries significant risks. California requires that all riders wear a helmet and failure to do so could result in a traffic citation. Worse, the lack of a helmet can greatly aggravate the injuries suffered in an accident and could reduce the monetary damages available in a lawsuit. However, if you’ve been hurt in a motorcycle accident that was caused by the negligence of another driver, you can still recover compensation even if you were not wearing a helmet.

Under California’s shared fault rule — also known as pure comparative negligence — the jury or judge in a personal injury case determines the percentages of fault attributable to each party for causing the accident and the consequential injuries. The amount of money a party receives or pays is determined by these percentages.

In the case of a motorcyclist who was without a helmet in a crash, the comparative fault analysis considers such factors as:

Importantly, California’s pure comparative negligence rule allows you to recover compensation in a motorcycle accident lawsuit even if your injuries were primarily caused or aggravated by not wearing a helmet. You are still entitled to be awarded some of the damages you can prove.

For example, a motorcycle is hit by another vehicle, throwing the helmetless rider to the pavement. The rider suffers broken ribs, muscle damage and head injuries. The jury finds the motorcyclist has proved $100,000 in damages but also finds that not wearing a helmet contributed to the head injuries, which amounted to 50 percent of the total. Even if the motorcyclist’s compensation is reduced by that 50 percent, he or she will still receive $50,000.

If you were hurt in a motorcycle accident, with or without a helmet, reach out to the personal injury lawyers at Pulverman & Pulverman, LLP in Santa Barbara, CA for help. We will represent you effectively in the claims process and pursue the maximum compensation that may be available. Contact us online or call {PHONE} for a free consultation.